No one noticed my shy shift to joy
as the lights came on in the bay.

The water reeds were characters
of an ineffable alphabet.

I switched from show tunes to Chopin,
floating on the blues.

I wrote my last testament,
left my estate to nuthatch and finch. 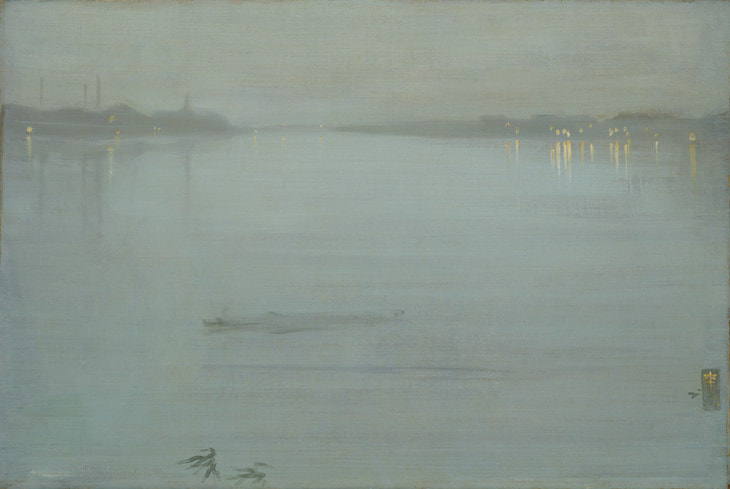 At fifty I began to doubt my bones.
My spine crumbled. My intellect diffused
like a watercolor. Still, light shone
from tall windows. Harnessed, confused

horses emerged, shoulders and the dark heads
of humans clustered in transit. In the haze
there was still beauty. Bells sounded,
the one clarity found in the rain-dazed

world, and even the bells were muffled, hushed,
finally, by the physics of the air.
I did not fear death. It wasn’t death that rushed
by on wings, obscurely. Death is fair,

says the parable, coming to us all.
And I walked blind and glad toward the unknown.
It was the one word sung by the owl
I feared, her epitaph hung on the drifting stone.
​
After Whistler
By Agnes Kendrick Gray    from   The Measure: A Journal of Poetry   Number 4 June 1921 ( a magazine)( a magazine)

This mezzo-tint of mist and smoke blue air,
These gray blue waters, gray black cherry trees
Are Whistler's manner to the brushtip...these
And shore-lamps lit against the nearing night,
That lie in little broken lanes of light.

He would have washed these wistful colors in
With brooding hand and spirit edged and keen--
His vision and the subtle hour akin--
Seeing beyond the symbol the unseen,
The overtones of tint, the underglow
Which lends that nameless gleam of lustre-ware
To the slow-rippled river there.

Blue-silver lights! He would have loved them so!
And that black bridge, long-spanned and low,
With the frail mist fringing the farther end.
What art he had for bridges--skill to blend
Their arches into his backgrounds of blue air...

Swiftly he would have caught this nocturne mood,
This mood of mist and sky,
And held it in few strokes and fewer tones,
Set there
Below the blurred-in trees his Butterfly
And called it "Silver and Blue." . . .
Bridge-Builder of dreams, I dedicate
This river dusk to you.

where all
the rivers

of the mind
converge

a clock face
without 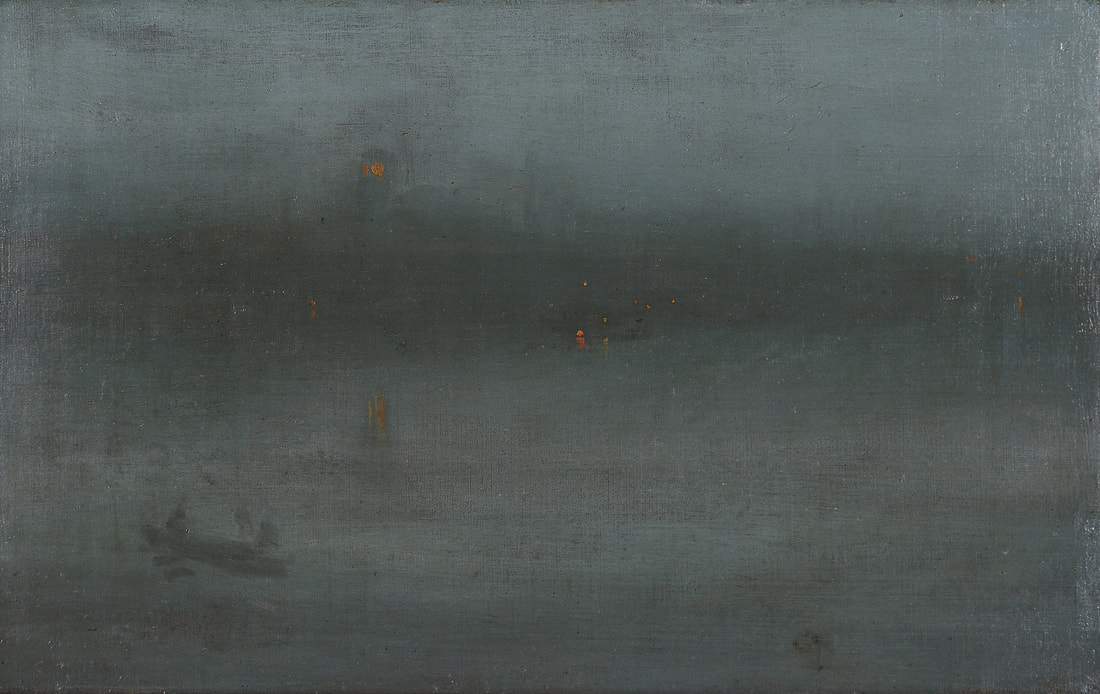 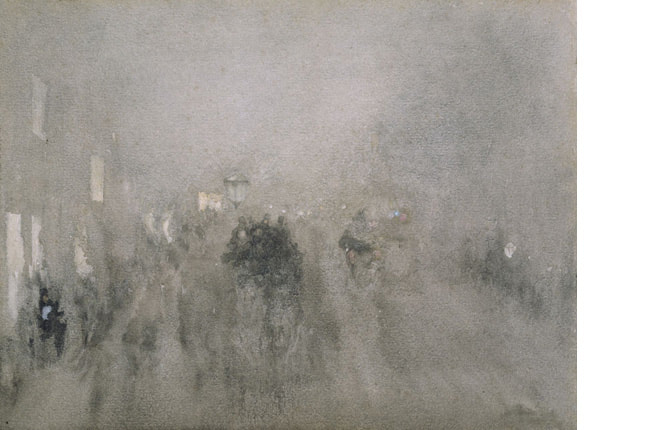 grey and gold
Powered by