She heard the whisper of the stars,
She heard the falling of the dew,
And all the untrod virgin ways
Of Beauty’s self she knew.

And when the moon lay silver-white
Along the meadows and the streams,
She walked across the night to him
Upon a bridge of dreams.

And as upon his eyelids there,
She shone so wonder-white to see,​
What could he give her more or less
Than immortality? 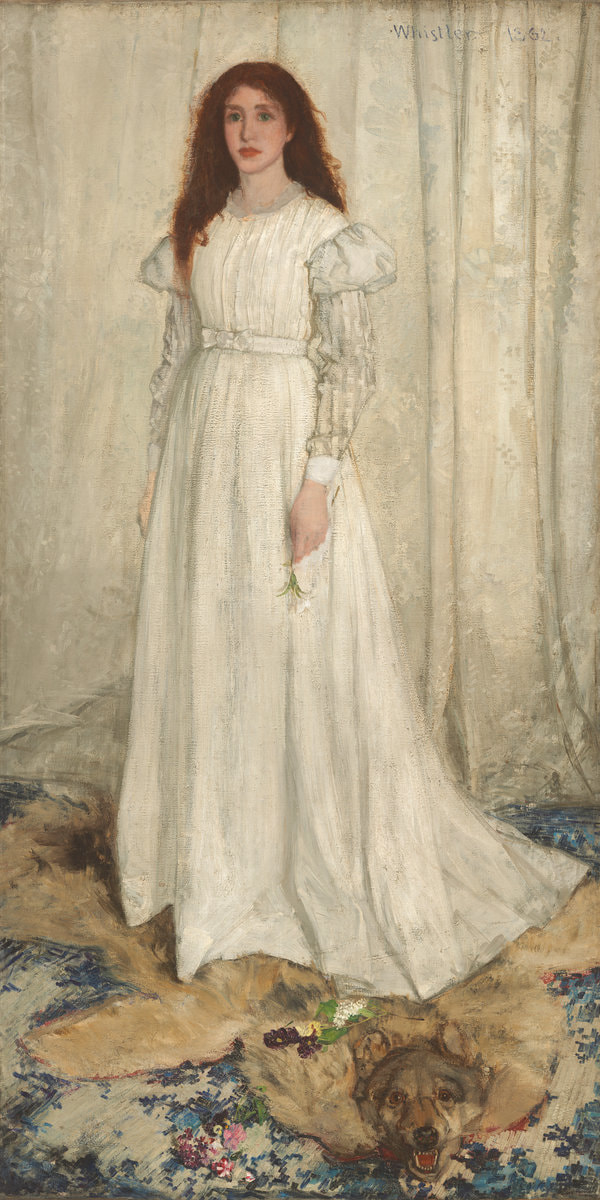 Whistler used variations of white pigment to create interesting spatial and formal relationships. By limiting his palette, minimizing tonal contrast, and sharply skewing the perspective, he flattened forms and emphasized their abstract patterns. This dramatic compositional approach reflects the influence of Japanese prints, which were becoming well known in Paris as international trade increased.
Clearly, Whistler was more interested in creating an abstract design than in capturing an exact likeness of the model, his mistress Joanna Hiffernan. His radical espousal of a purely aesthetic orientation and the creation of "art for art's sake" became a virtual rallying cry of modernism.


The White Girl is less a faithful portrait painting and more an experimentation in color, pattern, and texture. (Essay by Meg Floryan....https://www.khanacademy.org/humanities/art-americas/us-art-19c/civil-war-gilded-age/a/whistler-symphony-in-white-no-1-the-white-girl)
Powered by