The following is a poem from Celia Thaxter's Verses, and is accompanied by one of Thomas Hovenden's illustrations. This illustration was originally meant to depict Charles Kingsley's classic poem-ballad "The Three Fishers," which seems to also have been influential in Thaxter's subject matter for her poem. 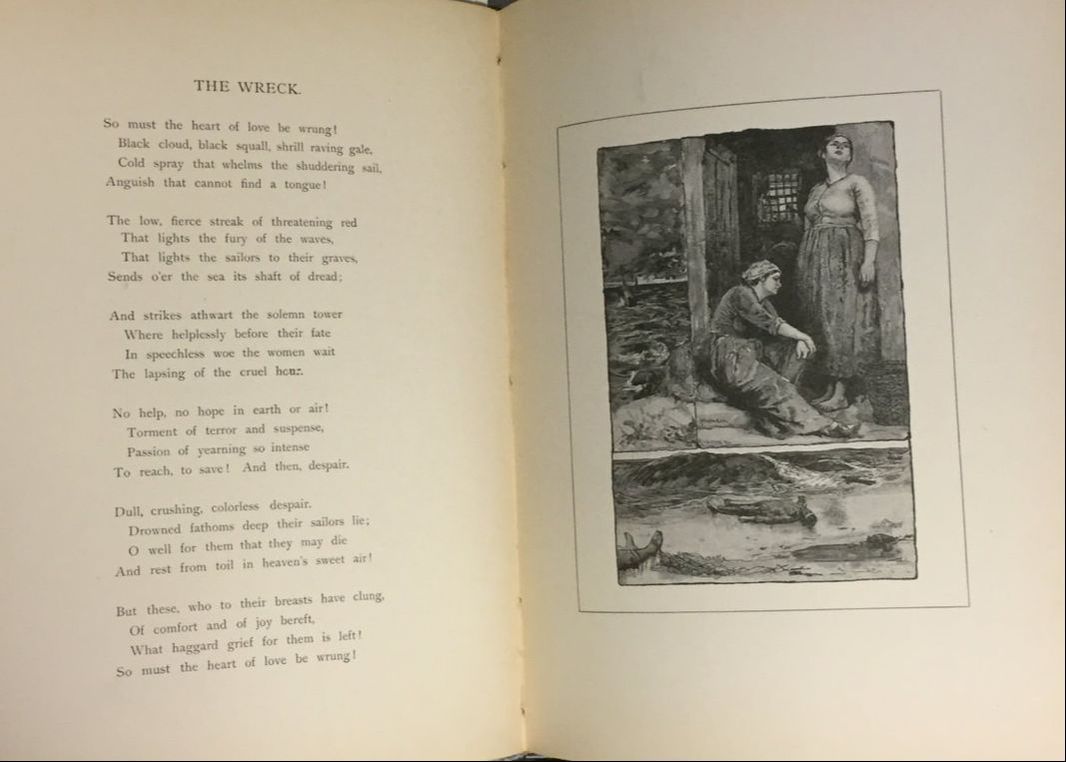 ​​The Wreck
(by Celia Thaxter)

​So must the heart of love be wrung!
Black cloud, black squall, shrill raving gale,
Cold spray that whelms the shuddering sail,
Anguish that cannot find a tongue!

And strikes athwart the solemn tower
Where helplessly before their fate
In speechless woe the women wait
The lapsing of the cruel hour.

No help, no hope in earth or air!
Torment of terror and suspense,
Passion of yearning so intense
To reach, to save ! And then, despair.

Dull, crushing, colorless despair.
Drowned fathoms deep their sailors lie;
O well for them that they may die
And rest from toil in heaven's sweet air!

But these, who to their breasts have clung,
Of comfort and of joy bereft,
What haggard grief for them is left!
So must the heart of love be wrung! 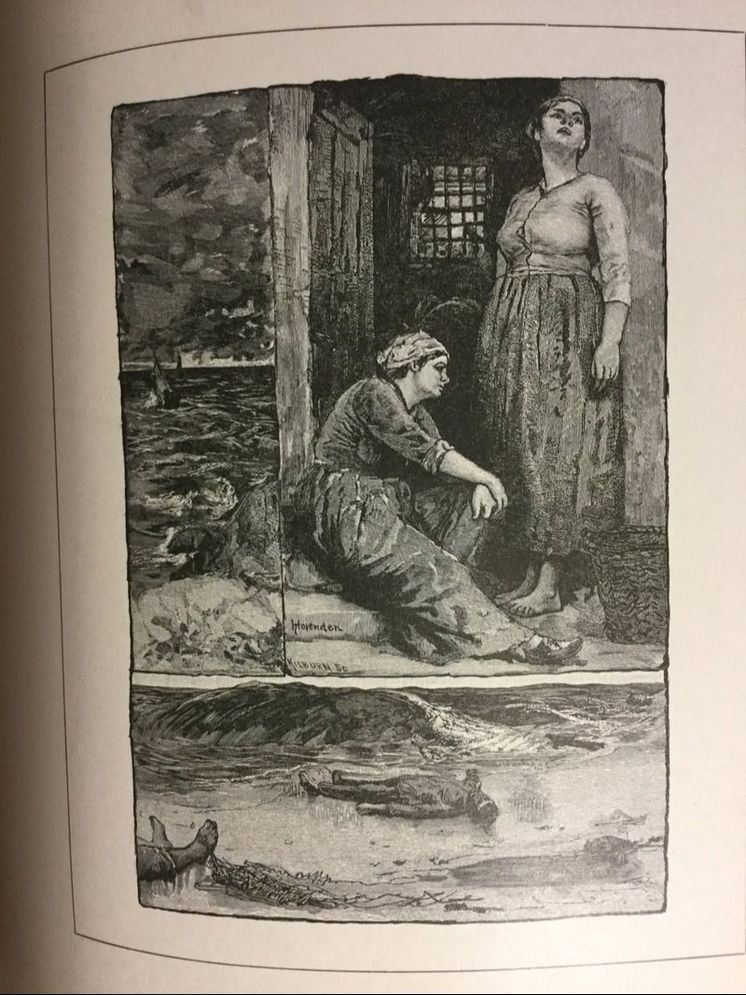 The Three Fishers
(by Charles Kingsley)

Three fishers went sailing out into the West,
Out into the West as the sun went down;
Each thought on the woman who lov’d him the best;
And the children stood watching them out of the town;
For men must work, and women must weep,
And there's little to earn, and many to keep,
Though the harbour bar be moaning.

Three corpses lay out on the shining sands
In the morning gleam as the tide went down,
And the women are weeping and wringing their hands
For those who will never come back to the town;
For men must work, and women must weep,
And the sooner it's over, the sooner to sleep--
And good-by to the bar and its moaning.
Discussion points / questions / activities