Born in Montreal, Philip Guston moved to Los Angeles with his family in 1919. He began to paint and draw in 1927 and attended the Otis Art Institute for three months. At this stage he based his technique on a close study of the art of Giorgio de Chirico and painters of the Italian Renaissance such as Paolo Uccello, Andrea Mantegna and Piero della Francesca. He was attempting to integrate the modeled architectural space of Renaissance art with the contracted, reassembled space of Cubism, for instance in paintings of sinister hooded figures reminiscent of the Ku Klux Klan such as Conspirators (c. 1930).

In the 1930s, Guston became involved with the mural movement and the work of Mexican artists such as Diego Rivera. On his arrival in New York in 1935–6 he joined the group of artists that included Burgoyne Diller and James Brooks who worked for the Works Progress Administration’s Federal Arts Project (WPA/FAP). Among the murals on which he worked are Maintaining America’s Skills on the façade of the WPA Building at the World’s Fair of 1939, the Queensbridge Housing Project (1940) in New York and the Social Security Building (1942) in Washington, DC. The style of his mural work, particularly the organization of figures in space in the Queensbridge commission, owed much to Uccello, of whose Rout of San Romano he owned large color reproductions. Another key influence was Picasso, whose major exhibition at MOMA in 1939 was an outstanding event for American painters. In 1940 Guston left the project, and from autumn 1941 to 1945 was artist-in-residence at the State University of Iowa in Iowa City, before moving to St Louis, MO, as artist-in-residence at the School of Fine Arts, Washington University, a post that he left in 1947 when he was awarded a Guggenheim Fellowship. He continued to teach (mainly drawing) at New York University and at the Pratt Institute. He was awarded a grant from the Ford Foundation in 1959.

​Like many of his contemporaries, Guston spent the years after World War II developing a personal style and vision out of the diverse range of realist and abstract influences that challenged American artists of his era. In the 1940s he constructed a private mythological world in paintings such as Martial Memory (1945) and If this Be Not I (1945); in the latter a crowd of children, some masked or with faces partially covered, fill the columned porch of an old dilapidated Midwestern house. It is a night scene, predominantly blue in color, richly and heavily painted. By 1947–8, when he painted The Tormentors, figures have almost disappeared, leaving behind only traces of floorboards, furniture and architecture. In the early 1950s he developed a lyrical abstract style in works such as Dial (1956), which towards the end of the decade evolved into single dark images embedded in a morass of grey paint, for example Painter I (1959) and New Place (1964). His most radical shift came in the late 1960s with works such as Evidence (1970), when he confounded the art world with a new figurative style in which blunt cartoon shapes are used to create a personal iconography. Certain images recur in these paintings, such as the soles of shoes (as in Back View, 1977) and people’s heads (e.g. Painter in Bed, 1973), inhabiting a sort of spare parts world in which the disembodied, separate items have a unique and surrealistic life of their own. 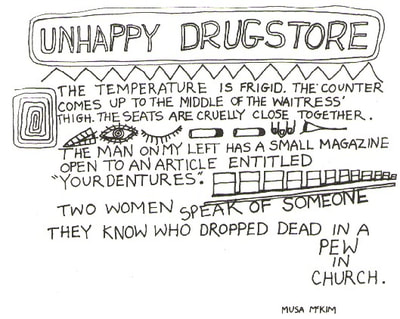 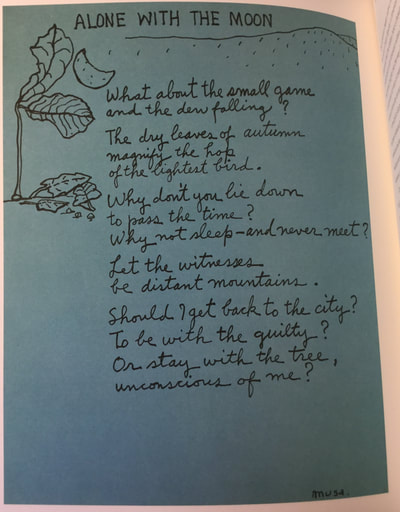 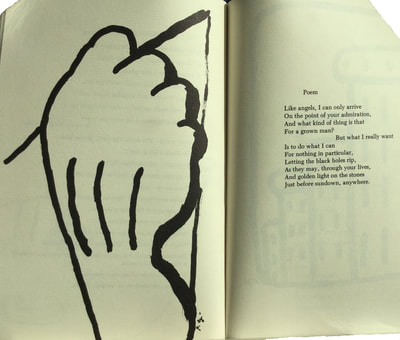 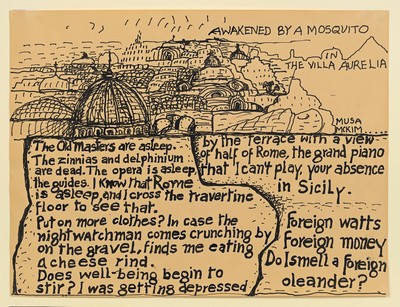 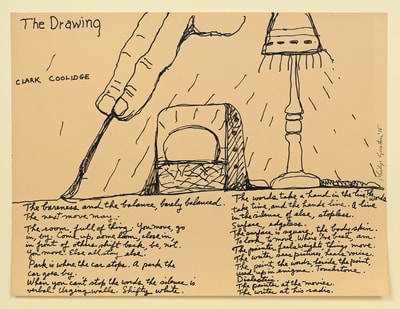 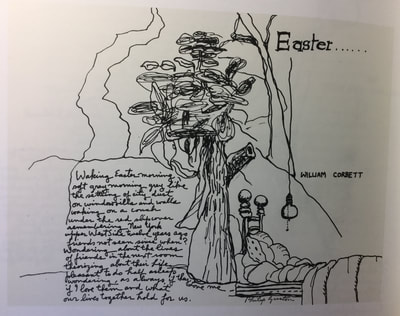 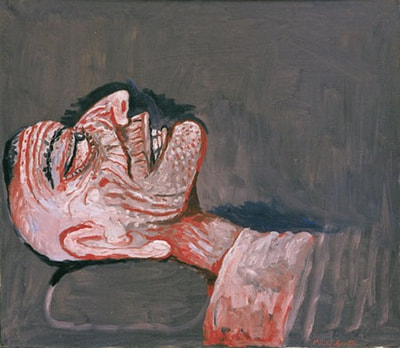 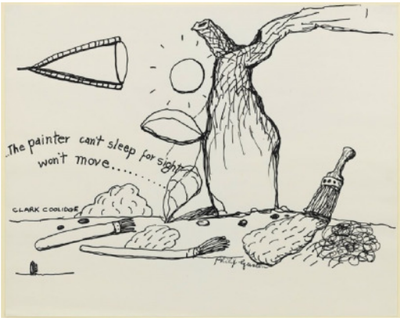 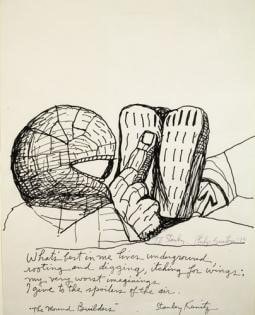 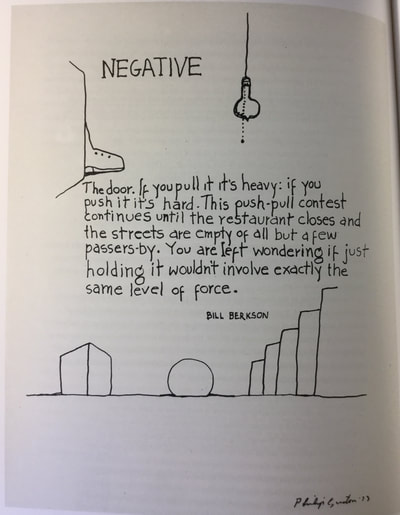 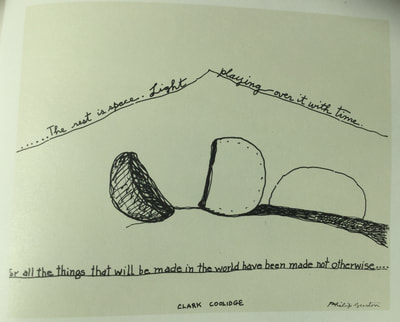 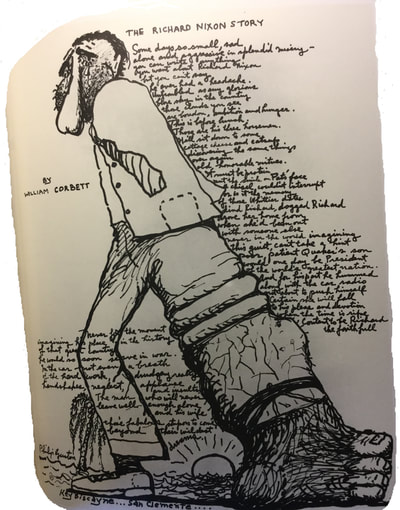 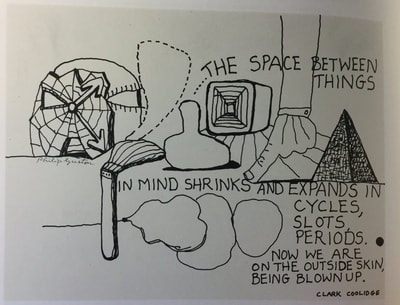 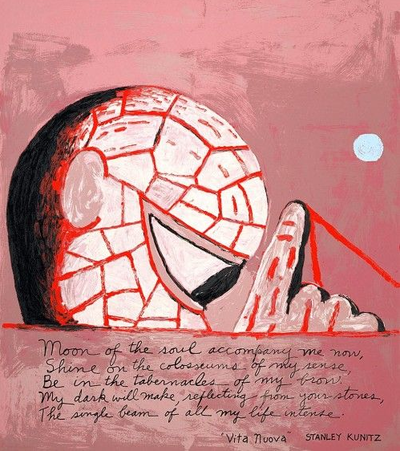 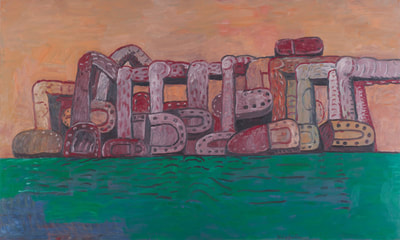 The Sea, That Has No Ending
(by Stanley Kunitz)

Who are we? Why are we here,
huddled on this desolate shore,
so curiously chopped and joined?—
broken totems, a scruffy tribe!
How many years have passed
since we owned keys to a door,
had friends, walked down familiar streets
and answered to a name? We try
not to remember the places
where we left pieces of ourselves
along the way, whether in ditches
at the side of foreign roads
or under signs that spell FOR HIRE
or naked between the sheets in cheap
motels. Does anybody care?
All the villagers have fled
from the sorry sight of us.
In the beginning we had faith
that the Master, who day and night
lets nothing escape the glare
from his invisible tower,
would soften at our appeals;
but we are baffled by his replies
even more than by his silences.
When we complain of the cruel sun
and the blisters popping in our skin
he turns our suffering against us:
A great wound, one you could claim
your very own, might have saved you.
Instead you let others do you in
with their small knives.
What is to become of us?
The sea, that has no ending,
is lapping at our feet.
How we long for the cleansing waters
to rise and cover us forever!
But he who reads our secret thoughts
rebukes us, saying: You cannot hope
to be restored unless you dare
to plunge head-down into the mystery
and there confront the beasts
that prowl on the ocean floor.
"Sacred monsters" is what he calls them.
If only we had strength enough
or nerve for a grand heroic action.
Habit has made it easier for us
to wait for the blessing of the tide.
It's really strange how much we miss
those people who came to gape and jeer;
we'd welcome their return, for company.
Why is the Master knocking at our ears
demanding immediate attention?
In the acid of his voice we sense
the horns swelling at his temples
and little drops of spittle
bubbling at the corners of his mouth.
This is not an exhibition, he storms,
it's a life!
(from Art Institute of Chicago resource packet) (​http://www.artic.edu/aic/collections/citi/resources/Rsrc_001093.pdf)
REFERENCES